The Good Life according to Slim

Last October, Tick My Box launched its second pop-up shop based on the theme of “The Good Life”. It was a nod to the iconic photography of legendary Slim Aarons, who as he famously put it, captured “beautiful people doing beautiful things in beautiful places”. Assembling designers and brands echoing this mood was a task easily achieved thanks to our partners and notably Tamara and Jay of Tay Jewellery with their exquisite boho chic inspired line of jewellery. The founders of Tay explained how their designing process was regularly inspired by Slim Aarons’ magical photography depicting elegantly dressed women and men in glamorous places. They could clearly imagine their creations being worn by this dazzling crowd.

Slim Aarons and his photographs are today distributed by Getty Images Gallery partner of pop-up event last October. His work pays an unabashed homage to a bygone era of privilege and exclusivity. Popping into resorts such as Newport, Palm Beach, Acapulco and Palm Springs and mingling with the rich and famous allowed him to capture through his lens a  world that to this day continues to mesmerize.

Born George Allen Aarons on October 29, 1916 in New York, NY, he served as a military photographer before turning to print journalism after the war. After the war he had tired of witnessing carnage and despair. “After you’ve seen a concentration camp, you really don’t want to see any more bad things,” he said.

He moved to California where he landed a job for an upscale magazine and gravitated to the world of celebrities. He chronicled their leisure pursuits in stunning environments and his work appeared in LIFE, TOWN & COUNTRY & HOLIDAY magazines. 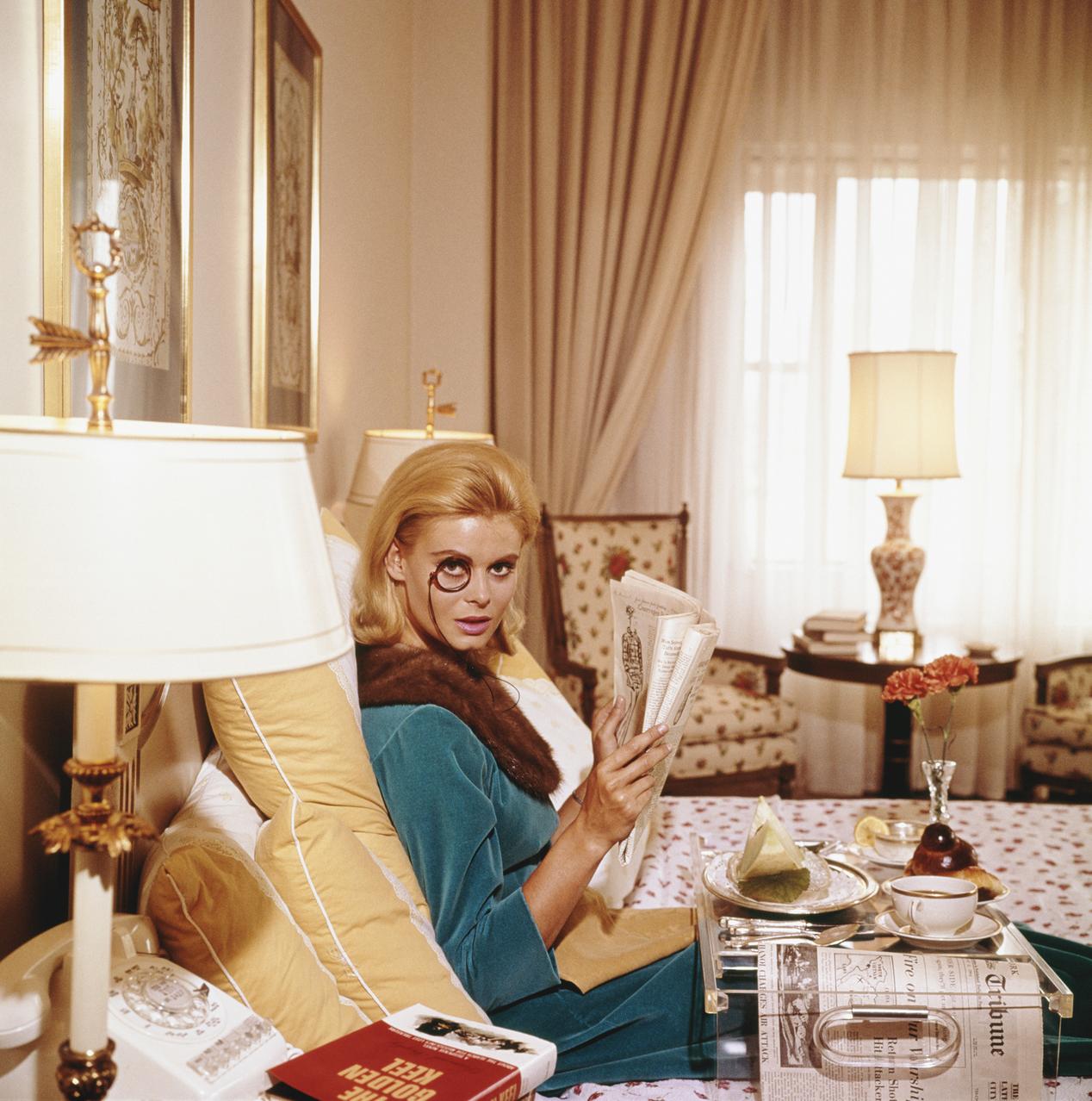 ”It fascinated me how he could court and charm these people while not being mesmerized by them,” says Laura Hawk, who worked as his assistant from the early 1980’s until his death in 2006. “His brushing shoulders with the rich and famous did not affect how he lived his life or his tastes. He had absolutely no desire to hang out with his subjects at the end of the day and he did not expect invitations to the yacht or the exclusive club. He worked a tight schedule and wanted to get back to his farm as quickly as possible”. In return “everybody”  he photographed liked him and this may be why he succeeded so brilliantly to seize those fleeting moments captured in his work. “I knew everyone,” he said in an interview with the The (London) Independent in 2002. “They would invite me to one of their parties because they knew I wouldn’t hurt them. I was one of them.”

Finding the right women to photograph was always the primary focus, as the central visual theme of nearly every magazine story he did. “Whether it was the Italian Riviera, the Swiss Alps or the Arizona desert, Slim captured the essence of a place through his photographs of the people who enjoyed its unique flavor,” remembers Kathryn Livingston, a longtime Town & Country executive editor who worked with Slim on a number of assignments.

Sadly Slim Aarons passed away on May 29, 2006 in Montrose, NY at the of 89. He has left behind a relevant body of work. For some his legacy is too popular and commercial therefore a turnoff for museum curators which would explain why there are no Slim Aarons hanging at MoMA. His portrait of Somerset Maugham is the only piece listed at London’s National Portrait Gallery.

It is undenied that he documented an entire era. The intimacy and authenticity of his style is evident but it is the artful composition of each shot that should be commended. The portraits he created tell a story. His attention to the arrangement of the visual details made him a perfectionist. It would take him hours finding the right setting, sizing up and readjusting the scene before the final product. Making sure every detail was right before he clicked.

In 2007, Getty Images released a book of the artist’s work Poolside With Slim Aarons, putting a capstone on his legacy.