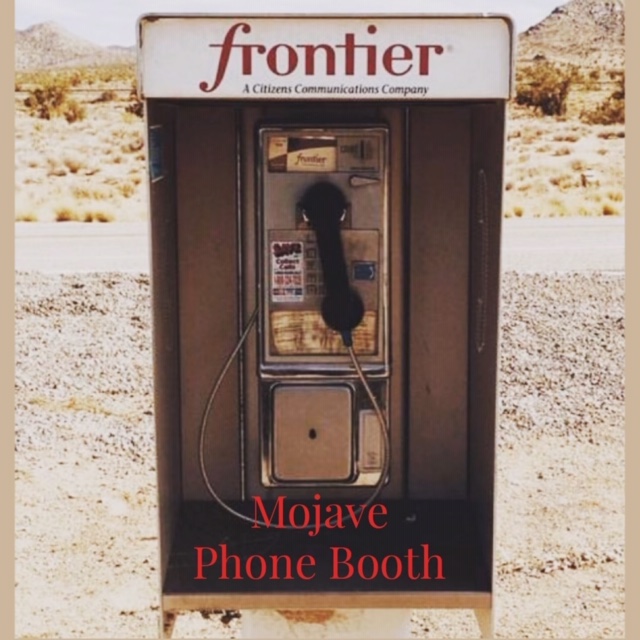 Urban legend or not, the Mojave phone booth tale is at the very least intriguing.

Originally, a phone booth was set up in 1948 in a remote part of the Mojave Desert, a arid region of southeastern California and portions of Nevada, Arizona and Utah. It was named for the Mojave people, a native american tribe who inhabited these regions.

The phone booth, located at the intersection of two dirt roads, was set up to provide telephone service to local volcanic cinder miners and others living in the area at the request of Emerson Ray who owned the Cinder Mine nearby. It is at least 12 miles away from the nearest paved road and miles from any buildings.

Now for the plot.

In 1997, a Los Angeles man spotted a telephone icon on a map of the Mojave and decided to visit it. Which in itself is rather strange but then to each his own…. He wrote a letter to a magazine about his adventure and included the phone number.

An Arizona man, Godfrey Daniels, read the letter and started a website devoted to the Mojave telephone booth. He became obsessed and called the booth every day. He logged all his calls, even though no one answered. He convinced his friends to call the phone booth. Equally strange but then…. Finally, after about a month, his persistance paid off. He called one day and got a busy signal.

After many redials, a woman named Lorene answered, she ran a cinder mine in the vicinity.

Soon other people began calling the booth, others made websites about it and gradually some even took trips to the booth to answer calls.

The booth became an internet sensation after it was mentioned in a New York Times article as well as the Los Angeles Times and through CNN.

In 1999, Godfrey and a bunch of friends visited the phone booth. Within four hours they took 72 calls coming from all over the United States and Canada. Callers even came from far away locations as Germany and Australia.

The unfolding of the tale.

Then it happened. The phone booth met its demise. On May 23, 2000 it was reported that Pacific Bell and the National Park Service had removed the booth because it was attracting too many curiosity seekers. The thing, fans feared the most, happened.

The tale however, inspired the creation of an independant short film, Dead Line, a short documentary, Mojave Mirage and a full-length motion picture, Mojave Phone Booth.

Over a period of 3 years, the lonely telephone booth gathered a cult following – and eventually fell victim to its own popularity.

And so goes the tale of the Mojave Phone Booth….. 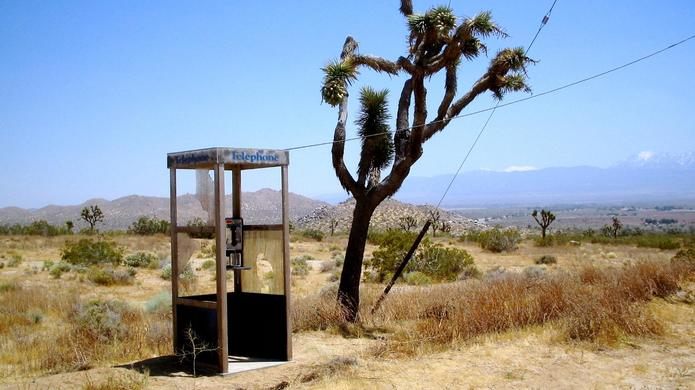